Tendonitis, carpal tunnel syndrome and neck pain, among the most common complaints

Reducing time of use, holding the gadget at eye level, and using both hands when typing may help avoid these injuries

An increase in the use of electronic devices such as mobile phones and tablets has increased the number of traumatology consultations due to  neuro-muscular-skeletal injuries, according to Doctor Alfonso Cort, Traumatologist at Quirónsalud Hospitals in Alicante and Torrevieja.

According to recent studies, each of us spends an average of five-and-a-half hours connected to our mobile phones and computers, which explains the appearance of so-called technological injuries, increasingly at younger ages. Among the most common injuries, we can include De Quervain’s tendonitis of the thumb, carpal tunnel syndrome, and epicondylitis or tennis elbow, due to the use of the mouse in an inadequate position or repetitive movements. “These pathologies have their origin in the repetition of the same movements with our hands and fingers for long periods of time, which causes inflammation of the tendons and nerves,” states Doctor Cort.

“These injuries,” indicates the traumatologist, “start to manifest as a constant tingling on the hands, especially at night, accompanied by muscle pain in the upper limb.”

The neck and back are two other areas that are significantly affected by the use of mobiles and tablets, due to the posture we adopt, both standing and seated, when using these electronic devices. “The most common injury,” says Doctor Felipe Garibo, Specialist in the Spine Unit of the Traumatology Service at Hospital Quirónsalud Valencia, “is cervicalgia, which manifests initially with pain, tension and overload in the region of the neck and shoulders, caused by muscle overload from continued use of mobile devices, because we bend our head for continuous periods of time.”

To avoid these injuries, Doctor Garibo recommends reducing the amount of time we use these devices, holding them at eye level to avoid bending our heads, using both thumbs and both hands when writing texts, and performing exercises to improve the cervical muscles. 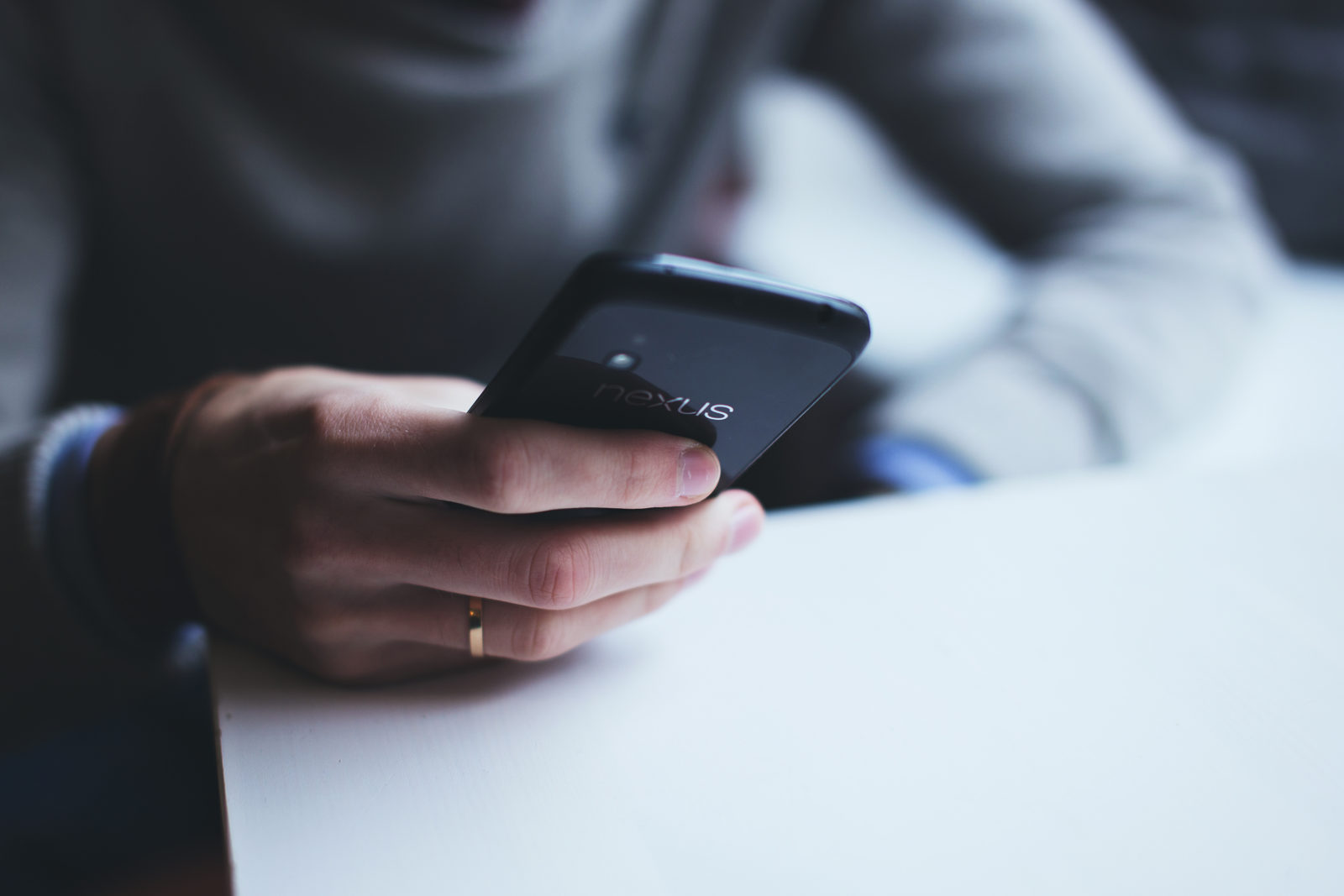 Tension, overload and feeling of weight in the area of the shoulders or neck, due to overloading of the cervicoscapular muscles.

Headaches and/or dizziness due to the sustained contraction of the suboccipital muscles, and the possible effects of maintaining the gaze fixed on a screen for a prolonged period of time.

Different alterations of the cervical spine, due to asymmetric tensions derived from rigid or unstable positions, or the blocking of certain segments of the vertebral spine.

Pain and rigidity in the hands and fingers, and even tingling. With the excessive use of the thumb that is tied to the use of smartphones, the appearance of tendonitis is common due to the movement of this digit. For this reason, we recommend the use of digital pens.

Referred pain in the frontal and cervical regions, and even a feeling pro pressure in the ear canal and/or the eyeball, due to the excessive use of mobile phones, which actives a myofascial trigger pints (MTP), described as hyperirritable nodes.

Weakness and inhibition of the muscles that stabilise the trunk and vertebral spine, as well as the loss of motor control, which leads to the loss of the normal physiological pattern of movement.

Epicondylitis or tennis elbow, due to the use of the mouse in an inadequate position or repetitive movements.

Quirónsalud is the leading hospital group in Spain and, together with its Fresenius-Helius headquarters, also in Europe. It has over 40,000 professionals at more than 125 healthcare centres, which include 47 hospitals offering close to 7,000 hospital beds. It offers the most cutting-edge technology and a great team of highly specialised professionals of international prestige. Its centres include Centro Médico Teknon, Ruber Internacional, Hospital Universitario Quirónsalud Madrid, Fundación Jiménez Díaz, Hospital Quirónsalud Barcelona, Hospital Universitario Dexeus, Policlínica de Gipuzkoa, etc.

The Group works on the promotion of teaching (eight of its hospitals are linked to universities), and medical-scientific research (it has the FJD [Spanish acronym, Jiménez Díaz Foundation] Research Institute, the only private research centre certified by the Secretaría de Estado de Investigación, Desarrollo e Innovación [State Ministry for Research, Development and Innovation]).

Additionally, its healthcare service is organized in units and transversal networks that allow it to optimise the accumulated experience of the different centres and the clinical translation of its research. Currently, Quirónsalud is developing over 1,600 research projects throughout Spain, and many of its centres perform cutting-edge work in this field, making them pioneers in different specialisations, such as oncology, cardiology, endocrinology, gynaecology and neurology, among others.