Enjoy the double and pay the half!

The new tourist voucher of the Region of Murcia offers discounts of 50% of the cost of accommodation in package tours and getaways to the Region. It will be available from January 10 until May 31, 2022 and can be purchased through travel agencies in the Region of Murcia. Anyone resident in Spain, both inside and outside the Region, can benefit from a 50% discount on each reservation, up to a maximum of 250 €, for stays of a minimum of two nights, in the same or in different accommodations.

It is possible to purchase one voucher per applicant, but several travelers can benefit from the tourist package. The reduction is applicable to the cost of the room and board, with a maximum of half board and excluding alcoholic beverages, provided that it has been offered by a travel agency adhered to the program.

The types of accommodation subject to the campaign are hotel establishments, tourist apartments, campsites, rural houses, rural inns, hostels and houses for tourist use.

The vouchers can be acquired free of charge on the web. Once registered, the user will receive an e-mail with a promotional code and will have seven days to go to or contact one of the travel agencies adhered to the program and formalize the reservation to enjoy the contracted tourist package. The agency has to be paid 50% of the subsidized services. 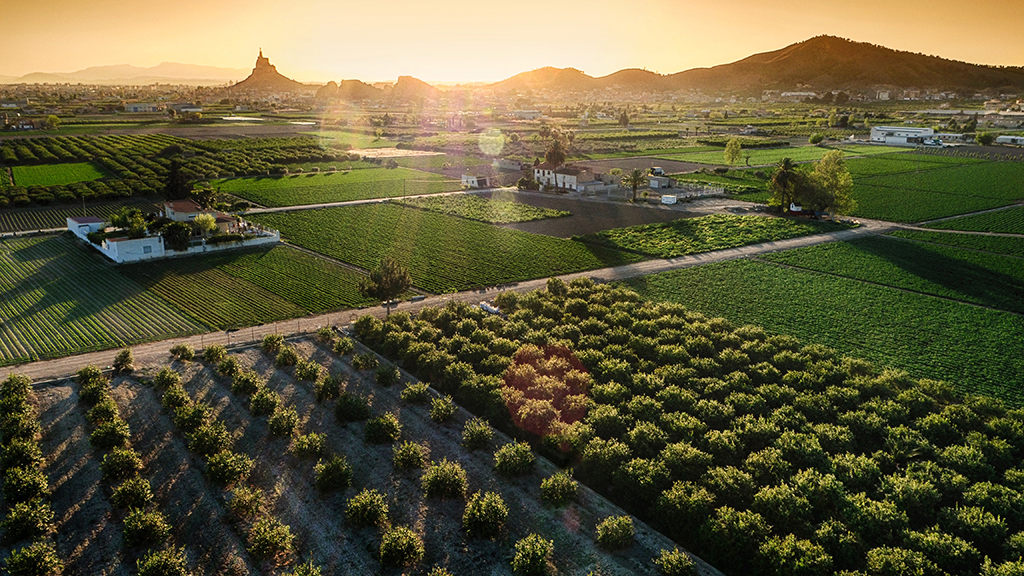 With an average annual temperature of 19ºC and more than 300 days of sunshine a year, the Region of Murcia is the ideal destination to spend unforgettable days of rest, either in winter or summer. All of this is accompanied by an endless number of activities: sunbathing, thermal baths, thalassotherapy centers, spas, sports, mud therapy, wine tourism, olive oil tourism, the only saltwater lake in Europe: the Mar Menor and excellent gastronomy. And, of course, with hotels and tourist apartments of all categories and equipped with the best amenities. 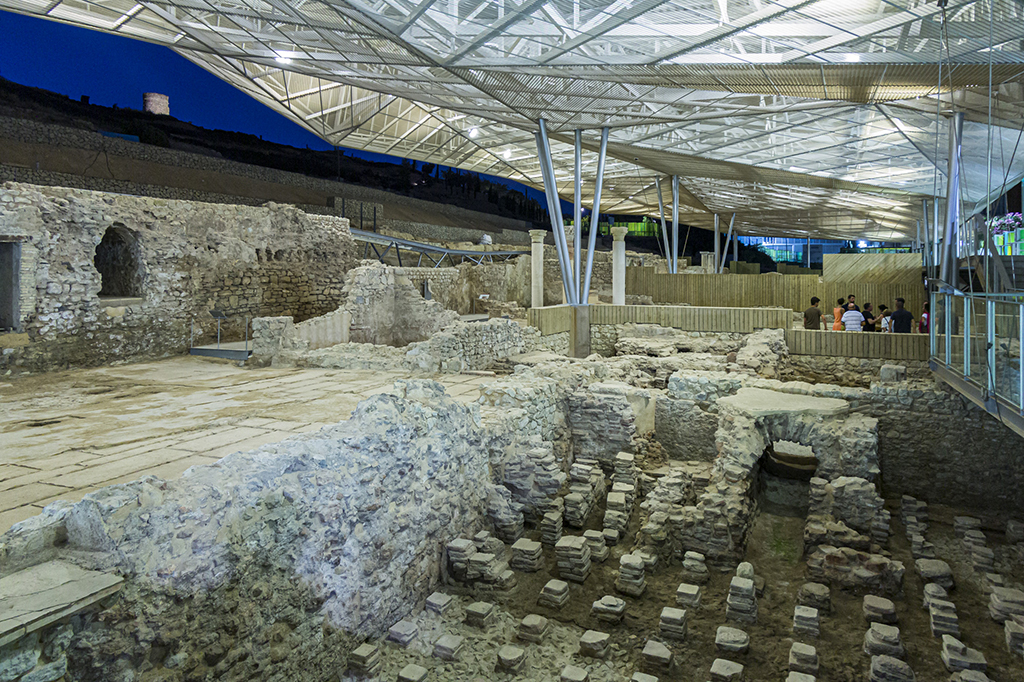 Murcia is a melting pot of artistic styles with examples of incalculable value. Since its origin it has maintained a very close relationship with the fertile plain of the Segura River. Founded in 831 by the emir of Cordoba Abderraman II, in the 13th century it was incorporated into the kingdom of Castile. It still preserves numerous traces of its splendid Arab past. Delve into its old town full of narrow streets named after guilds, such as the commercial area of Platería, Trapería and Vidrieros. One of the most deeply rooted and multitudinous traditions are the Spring Festivals, celebrated at the end of Holy Week in which the carvings of the master Salzillo are paraded.

You do not have an excuse anymore for escaping to the Region of Murcia and getting to know all the healthy charms that it has to offer.

Here you can find two of Murcia’s architectural jewels: the 18th century Episcopal Palace, with its rococo façade; and the Cathedral of Santa María (14th-18th centuries), with its richly decorated baroque façade, next to which rises the impressive 92-meter tower. Inside the Cathedral, the Capilla de los Vélez, a fantastic example of late Gothic architecture, stands out.

Its spectacular neoclassical facade and its beautiful interior courtyard of Arab influence make up an architectural ensemble declared a National Historic and Artistic Monument and an Asset of Cultural Interest. It is essential that you also visit the Salón de Baile and the Tocador de Señoras. 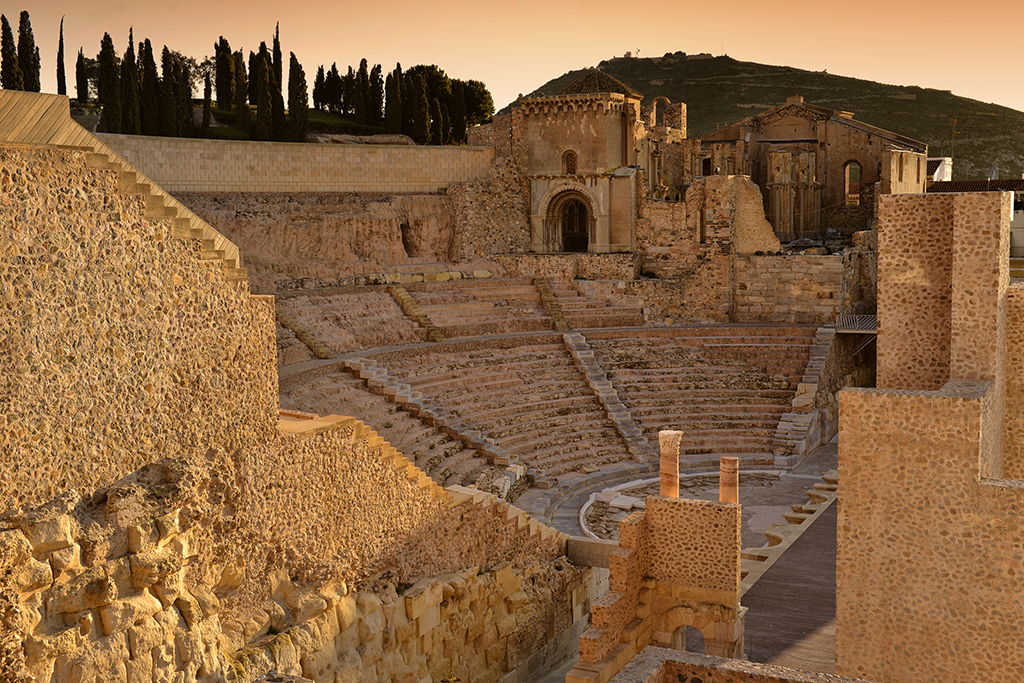 One of the most important and strategic of the Mediterranean coast. Near the port you can visit the city wall, built in the 18th century by Charles III; the National Museum of Underwater Archaeology (ARQUA); the municipal council building, a jewel of modernist architecture from the early 20th century or the old Cathedral, the oldest church in Cartagena from the 13th century. 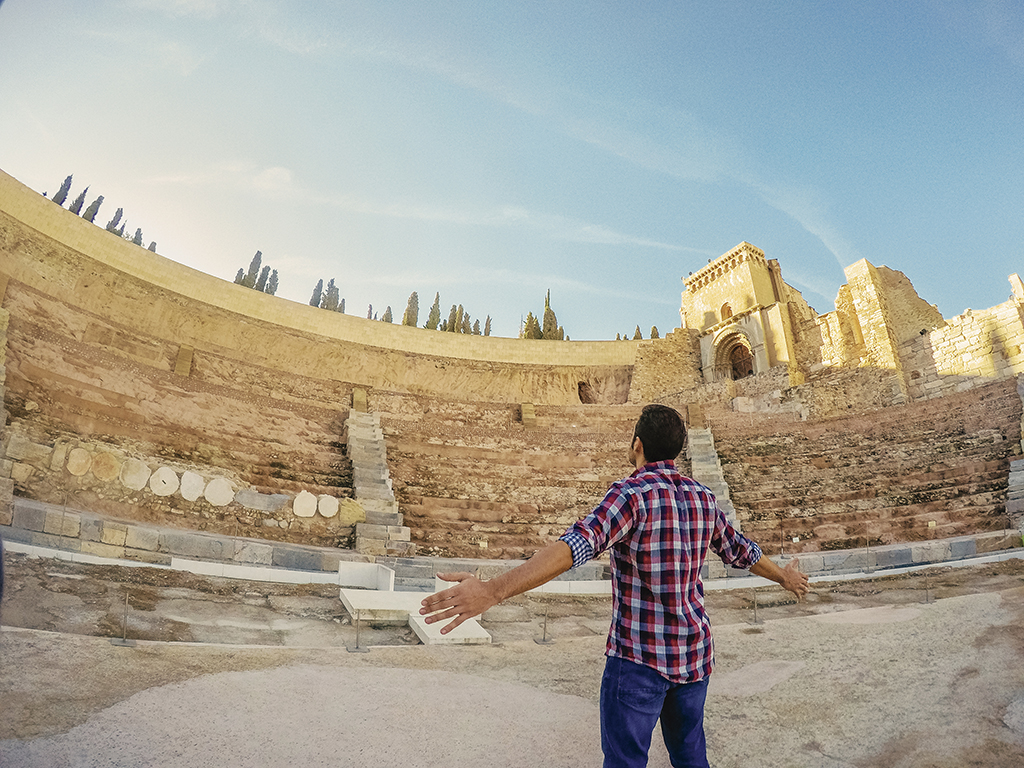 The most important symbol of Roman Cartagena dates back to the 1st century B.C. and is one of the most relevant theaters of this period in all of Spain. Visit the vestiges preserved and exhibited in the Museum of the Roman Theater, the archaeological site of El Molinete and the Roman baths of the city!

Tour around the dock on the tourist catamaran

From the sea, the city of Cartagena offers you a different view: discover on board of a modern catamaran all the corners of the natural dock of the city, contemplating closely the system of defensive fortifications of the bay: castles, fortresses and coastal batteries!

A stroll through the city 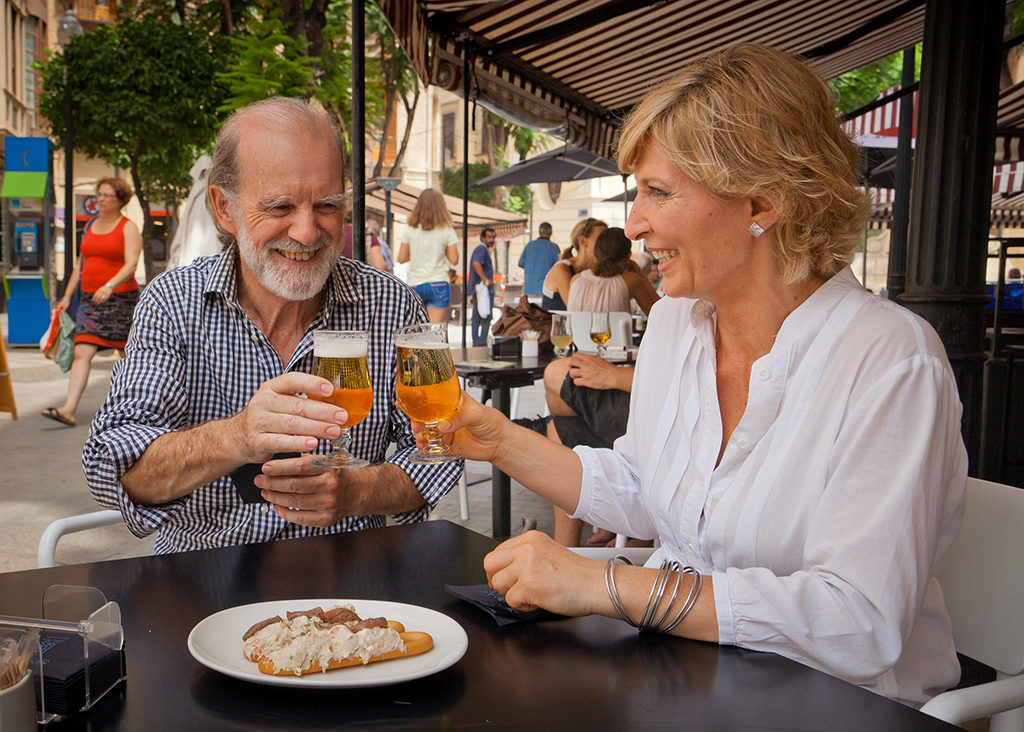 If you want to get to know the modernist Cartagena, take a stroll along the Calle Mayor and its side streets. Starting from the Plaza del Ayuntamiento, go out to meet the Casa Cervantes and the Casa Llagostera with its characteristic turrets, wrought iron railings and bronze allegorical reliefs. The Casino, the Gran Hotel and the Station complete an architectural heritage that proudly displays the economic flourishing of Cartagena in the late 19th and early 20th centuries. 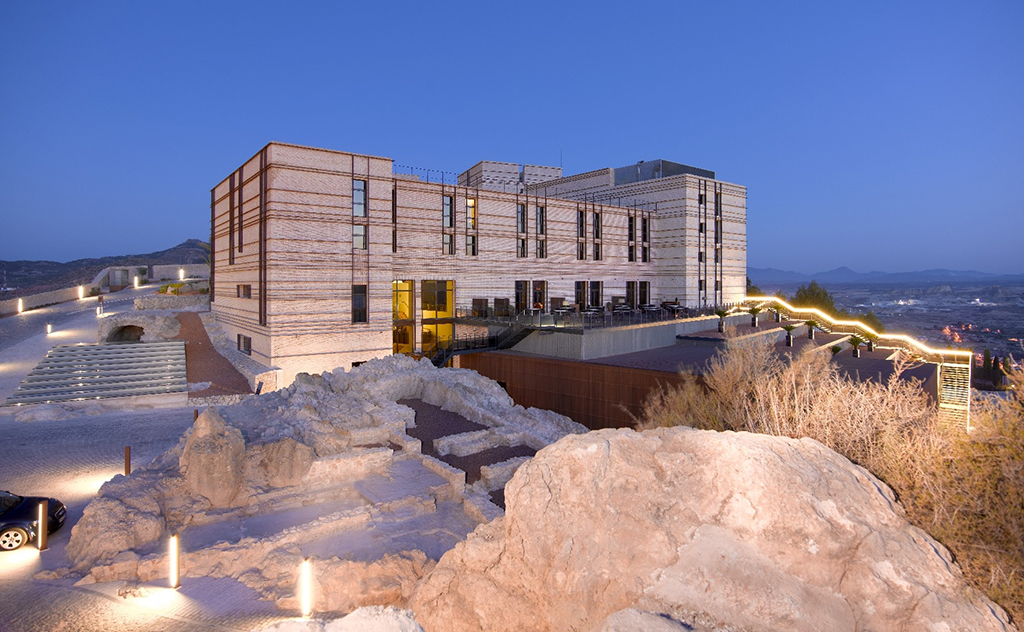 Known as the City of the Hundred Shields, it has been able to adapt to the new times without losing its ingrained hallmarks. You will be impressed by its urban center, declared a historic-artistic site in 1964. A rich legacy that has given it the nickname of Baroque City.

From the Paleolithic to the Roman period, very diverse cultures have converged here. Proof of this are the numerous archaeological sites, churches and convents of different periods and styles, as well as the stately homes and baroque palaces.

It was originally a medieval citadel and has now been transformed into a stage where you will be the protagonist of a journey through time. Within the walled enclosure of the castle is located the Parador de Turismo, with magnificent facilities and spectacular panoramic views.

From the 15th century, it is considered unique in the world for its state of preservation and for being the only synagogue currently visitable in Spain that was not later transformed into a church. The remains of Lorca’s Jewish quarter provide an insight into the daily life of the Jews who lived in this neighborhood more than 500 years ago.

Museum of Embroidery of the Paso Blanco and the Paso Azul

Lorca’s Holy Week, of International Tourist Interest, known as the Whites and Blues festival, is one of the most spectacular in the Region of Murcia. Although there are more brotherhoods, these two are the most important and their rivalry exalts the emotions of the public. Their luxurious embroidered mantles and standards are kept in their respective museums waiting to take to the streets each year in the majestic parade alongside Egyptian troops, Roman gods on heavy coaches, chariots, horse riders and carvings of virgins.

Caravaca of the Cross 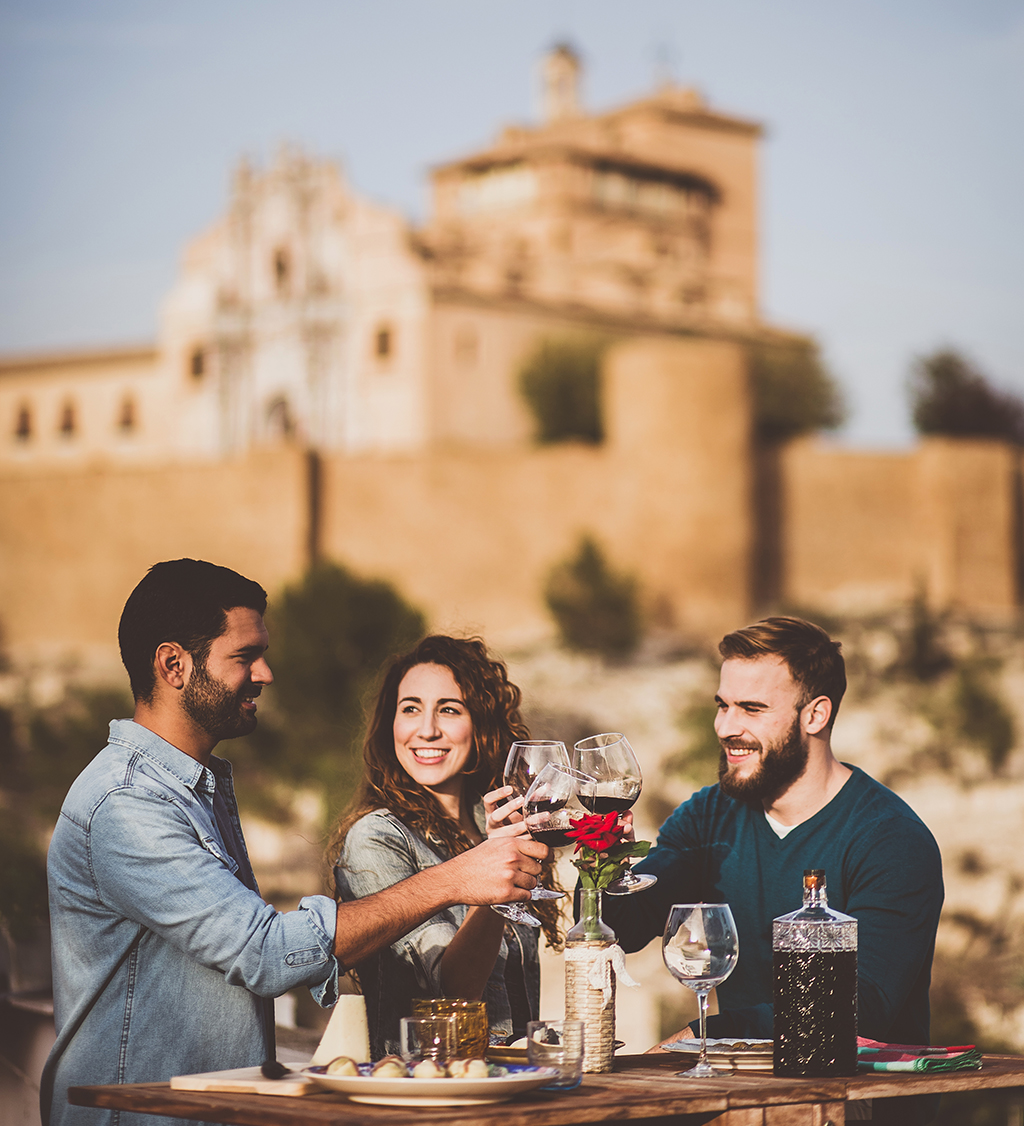 It combines history, miracles and devotion. It is a Holy City for a reason. Its past and present have been forged around the appearance of the Holy Cross, which, according to legend, occurred in 1232 when the Moorish king Abu Zeid converted to Christianity. 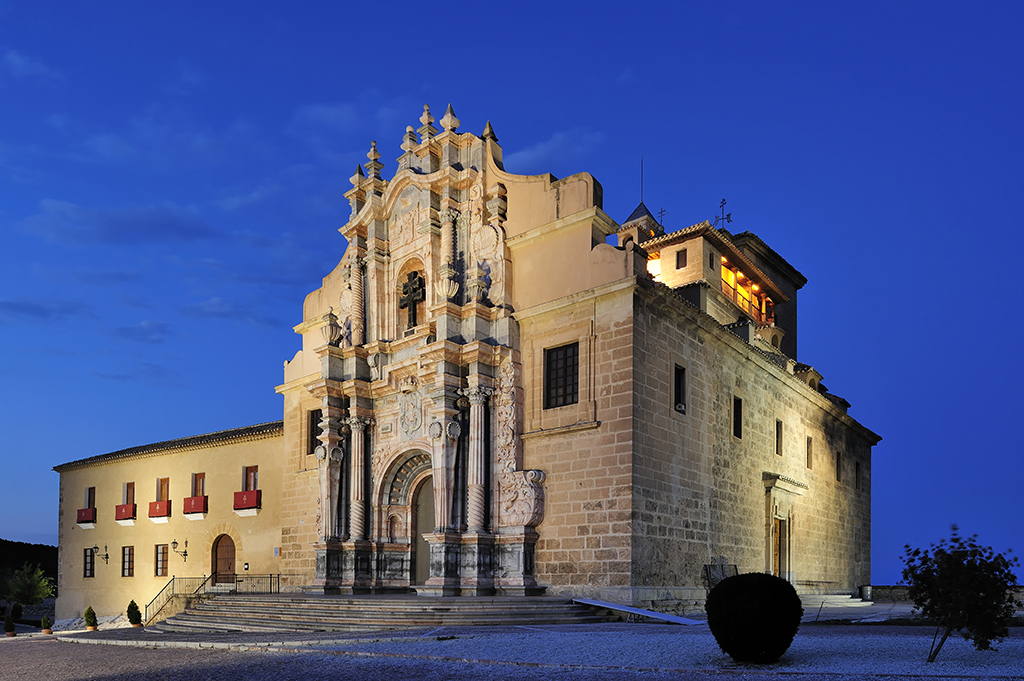 It was built in the 15th century by the order of the Templars, but the main monument is the Basilica Sanctuary of the Vera Cruz that began to be built around 1617 in the vicinity of the fortress.

In 1998, His Holiness the Pope granted the Permanent Jubilee Year to Caravaca of the Cross. From that moment, it has the privilege of celebrating, every seven years, the Perpetual Jubilee together with Santiago de Compostela, Santo Toribio de Liébana, Rome and Jerusalem. The next will be celebrated in 2024.

Museum of Ethnic Music of Barranda

Located only 17 km from Caravaca, this is one of the most important museums in the world dedicated to music. You will be amazed by its exotic pieces and instruments that come from 145 countries of the 5 continents.

Located in the old Palace of the Marquis of San Mamés, you can admire the Christian and Moorish costumes, as well as ornaments used in the festivities of the Santísima and Vera Cruz. Also noteworthy are the silk and gold embroidered garments with which the Caballos del Vino (Wine Horses) are harnessed.

It is held on the third Sunday of every month, from October to June. In this market you can buy traditional products such as nougat and sweets, bakery, cheese, sausages, beekeeping products, wood crafts, esparto grass, jewelry or home decor.