Pamplona is an ancient city, founded by the famous Roman commander, the capital of the once powerful kingdom of Navarre. It is also an important point on the famous pilgrimage route of St. James, and from July 6 to 14 – the point where one of the most famous Spanish holidays – San Fermin takes place, attracting several millions of tourists every year.

During our walk through Pamplona we saw the main sights of the Old Town: the main city square “Plaza del Castillo”, where the famous cafe Iruña, praised on the pages of Hemingway’s novel And the sun rises is situated; a magnificent cathedral in the Gothic style (here different generations of Navarre kings have been crowned and celebrated their lavish weddings for several centuries); pompous building of the City Hall; “Matryoshka-church” in San Saturnino district. 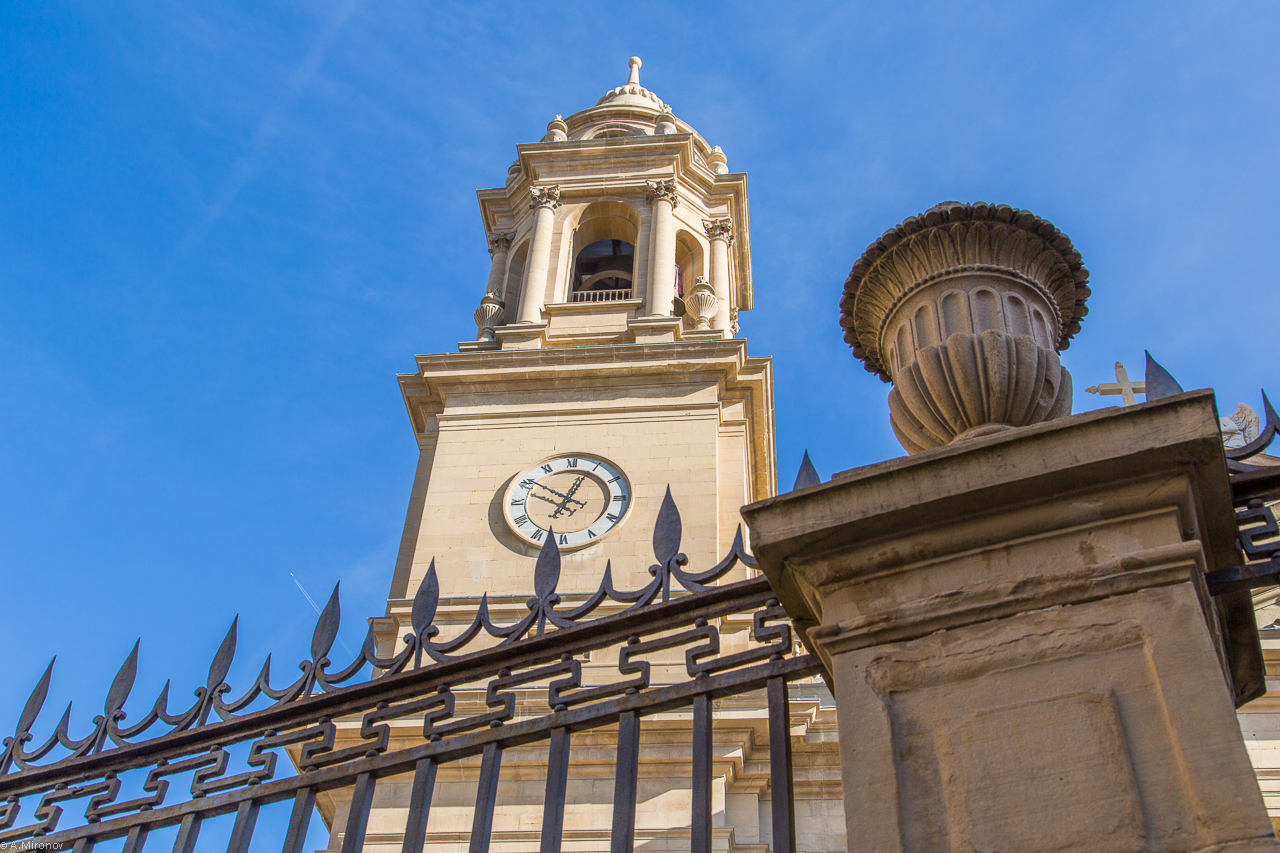 We also dropped into a romantic corner of ancient Pamplona, where the time seemed to have frozen, and also visited a panoramic viewpoint, from which a stunning view of the fortress walls appeared: the Gates of France, the new city and the mountains surrounding the capital of Navarra. We found out who all these people wearing huge backpacks with shells were, where and why they go hundreds of kilometers across the whole country. Also our guide told us many interesting facts about San Fermin festivity, the races with the bulls and the role of Hemingway in all this festive madness.