“Quite apart from my intrinsic value as a painter – which I am one of the first to be ready to discuss – one thing is certain: that if “painting” is to survive our epoch of barbarous mechanical progress, this continuity of painting will have its starting-point in Salvador Dalí…”

These words, written by Salvador Dalí in the prologue to his book 50 Secrets of Magic Craftmanship, published in 1948, bear witness to the significance he placed in painting and its fate, and simultaneously in the important role he assigned himself in its resolution. 70 years later, we have the opportunity to assess his visionary gift: today, Salvador Dalí remains one of the most popular –if not the most popular– artists in the world, and millions of people visit exhibitions of his work. The images created by this great painter have made their way into every aspect of contemporary visual culture: cinema, fashion, design, advertising and architecture. Similarly, the name of one of the most influential movements in 20th-century art –Surrealism– became a household name in large part thanks to its association with Salvador Dalí’s paintings.

From 28th January until 25th March 2020, the Russian public will receive a unique opportunity to become acquainted with the works of this genius painter. The Manege Central Exhibition Hall will host the exhibition Salvador Dalí. Magic Art, organized by the Link of Times Foundation and the Fabergé Museum in partnership with the Gala-Salvador Dalí Foundation (Figueres) and the Museo Reina Sofía (Madrid) and the support of the Moscow Department of Culture. Montse Aguer, director of the Dalí Museums of the Gala-Salvador Dalí Foundation is the curator. The exhibition will feature over 180 works by Dalí: paintings, drawings, watercolors and engravings. Never before in Russia has there been an exhibition of Salvador Dalí so representative of his work and one that allows for a look into his creative process.

The exhibition will be chiefly comprised of artworks from the collections of the Gala-Salvador Dalí Foundation and the Museo Reina Sofía. Pieces from private European collections will also be on display, which includes Russian collectors. 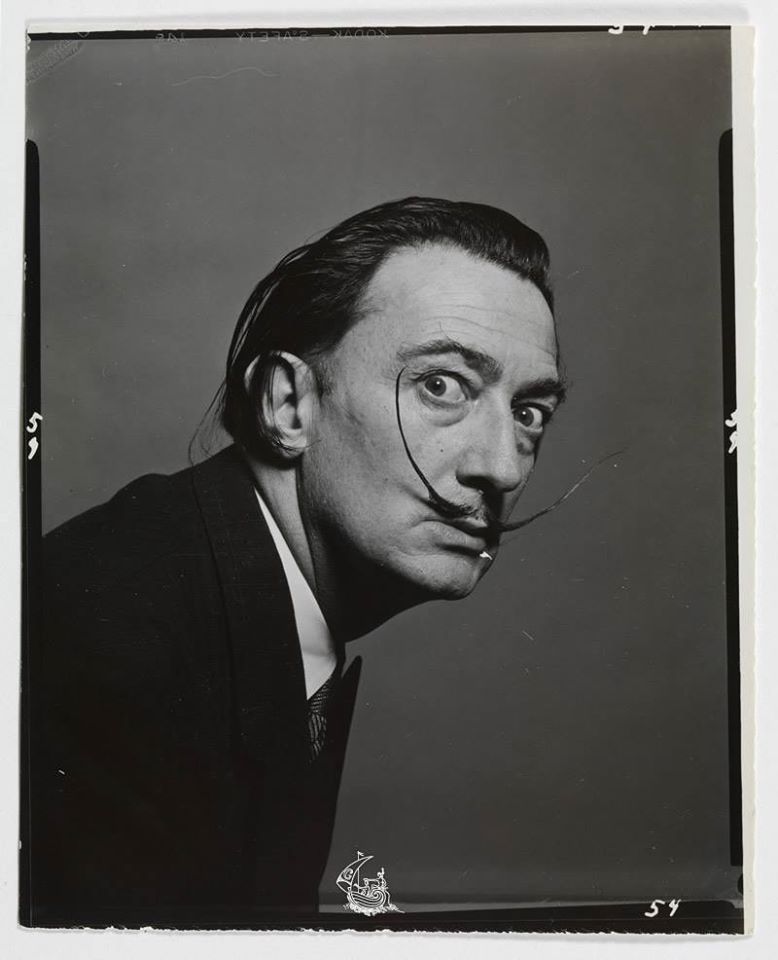 The exhibition will allow visitors to follow Salvador Dalí’s long creative journey, studying every stage of his development as a painter. The paintings on display begin with Impressionist landscapes he made in his youth in the 1910s, and end with his final expressionist canvases from the 1980s. Naturally, of particular significance is Dalí’s more mature output, his Surrealist and Nuclear Mystical periods. These are represented in the exhibition by the paintings The Invisible Man (1929-32), The Sense of Speed (1931), Millet’s Architectonic “Angelus” (1933), Enigmatic Elements in a Landscape (1934), Soft Self Portrait with Grilled Bacon (1941), Uranium and Atomica Melancholica Idyll (1945), Dematerialization under the Nose of Nero (1947), Maximum Speed of Raphael’s Madonna (1954) and other masterpieces, all of which contributed to Dalí’s global fame and reveal his inimitable style.

Having passed through the influence of many different schools and movements in his youth, in 1929 Salvador Dalí joined the Surrealist movement headed by André Breton and soon became one of its leading figures. It was in Surrealism that he found his voice and fully realized his enormous creative potential. An interest in psychoanalysis and the theory of the unconscious, as well as in Vermeer and other old masters, informed the phenomenon of Dalí’s paintings, his landscapes illuminated by magic light and populated by bizarre images that materialized his fears and desires. In his modestly-sized works of the 1930s, the artist reached the peak of his painterly mastery. This period is splendidly illustrated by the pieces Enigmatic Elements in a Landscape (1935), Figure and Drapery in a Landscape (1935) and Average Pagan Landscape (1937), into which Dalí incorporated the head of Sigmund Freud, the thinker who was to have such an undeniable influence on him.

Between 1940 and 1948, Dalí lived in the United States, creating not only new artworks, but his public image as a universal artist, akin to the great masters of the Renaissance. He made paintings, illustrated books and created stage sets and costumes. In 1944, he staged the first paranoiac ballet, Mad Tristan, set to the music of Richard Wagner and choreographed by Leonide Massine. Several paintings on the subject of Mad Tristan will be on display at the exhibition. It will also be the first time that a key artwork from that period will be displayed in Russia: Soft Self Portrait with Grilled Bacon (1941), in which we see reflected the artist’s desire “to rid myself of my own skin, that initial skin of my formless and revolutionary life”, and to find new meaning for his art in the ideals of the Renaissance.

The second half of the 1940s and 1950s saw Dalí turn to Nuclear Mysticism and to large-scale works. The nuclear explosions of Hiroshima and Nagasaki shook the artist to the core and had a colossal impact on his art – he now sought to understand hidden forces and laws, and to harness them by means of a unique weapon: mysticism. One of his most important paintings of this period – Dematerialization under the Nose of Nero (1947) – is an artistic interpretation of the splitting of the atom.

Yet another interesting side of Dalí’s art consists of optical illusions and stereoscopic painting. Beginning in the 1960s and until the end of his life, the artist was fascinated by science and the latest technology, and he actively used stereoscopy and holograms, as he considered them the language of the future. The exhibition will feature one of his most important pieces from this period, the stereoscopic diptych Dalí Seen from the Back Painting Gala from the Back Eternalized by Six Virtual Corneas Provisionally Reflected by Six Real Mirrors. Dalí’s final artistic period is marked by his turn to the legacy of Michelangelo and Velásquez, as well as expressionist semi-abstract compositions, so innovative at the time.

The paintings on display at the exhibition are complemented by brilliantly made drawings from the 1930s and 40s, as well as an entire series of engravings that illustrate Dante’s Divine Comedy, a project Dalí worked on from 1959 to 1963. Among the drawings, of particular interest are the original illustrations to the book 50 Secrets of Magic Craftmanship, written by Dalí in 1948, in which he expounded his understanding of painting in his signature innovative style.

“Magic art”, or “magic craftsmanship”, were what Dalí called painting, positing that the perfection of technique should be just as important to 20th-century artists as it was for the masters of the Renaissance. In line with Leonardo da Vinci, he regarded painting as the most important art and dreamed of saving it from the “chaos and laziness” into which it had fallen in his time.

The last of the 50 secrets that an artist should understand, according to Dalí’s book, is that the artist’s hand at the easel should be guided by an angel. This last but most important secret is linked to Salvador Dalí’s remarkable wife and muse, Gala. Her image permeates the master’s entire oeuvre, and he constantly remarks on her importance to him in his books. Gala, née Elena Dyakonova, is the mystic thread that ties the great artist to Russia.

Artist and writer, surrealist and classic, infinitely ahead of its time and uniquely profound – such is the way in which Salvador Dalí will be presented to Russian audiences, and his “magic art” will serve as the guide into the worlds he created.

The Link of Times Foundation is a non-profit organization that carries out projects aimed at returning objects of cultural and historical value to the Russian people. The Fabergé Museum continues its series of high-profile exhibitions of the most famous and important artists of the 20th century, among them Frida Kahlo and Diego Rivera, Amedeo Modigliani, Chaim Sutine and more. The exhibition ¡VIVA LA VIDA! Frida Kahlo and Diego Rivera at the Manege Central Exhibition Hall was attended by approximately 400,000 people in the three months it ran and was declared the most popular exhibition of the year in Russia.